Abstract:
Asphaltene adsorption on reservoir rock minerals causes wettability alteration and pore
plugging which subsequently reduces crude oil production. Also, it has a negative effect
on the efficiency of production and enhanced oil recovery operations. In this study, the
adsorption of extracted asphaltenes of two samples of Iranian oil fields on dolomite,
quartz, and magnetite was investigated in two- and three-phase systems in both static and
dynamic flow modes. Mineral adsorbents were analyzed by Brunauer-Emmett-Teller and
X-ray fluorescence methods. Also, several laboratory tests including elemental analysis,
field emission scanning electron microscopy, and Fourier transform infrared spectroscopy
were carried out to characterize asphaltenes. The results showed that in addition to the
effect of known parameters such as asphaltenes concentration and specific surface area
of the solid phase, the water phase also affects the amount of asphaltenes adsorption.
The adsorption amount of asphaltenes increases with increasing the specific surface
area of adsorbent (decreasing particle size) and increasing the initial concentration of
asphaltenes, and decreases with the addition of water to the two-phase system. The static
adsorption amount of asphaltenes in a two-phase system can be up to 90% higher than
the adsorption amount in a three-phase system. Doubling the fluid flow rate in dynamic
adsorption significantly (by about 20%) reduces the asphaltenes adsorption, which could
be a sign of physical adsorption of asphaltenes on adsorbents. The structure and elemental
composition of asphaltenes also have a significant effect on asphaltenes adsorption. The
asphaltene sample, which had a more aromatic nature and high nitrogen content, had higher
adsorption on reservoir rock minerals. Finally, fitting the adsorption equilibrium models
with experimental data reveals that the adsorption isotherm model depends on the type
and particle size of the adsorbents and the concentration and type of asphaltenes. 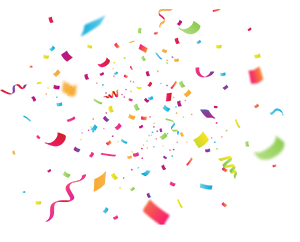